Tehom (תהום) is the Biblical Hebrew word for abyss and for «deep» («the earth was a formless void and darkness covered the face of the deep…» Genesis 1,2) The piece was formed during a collaborative discussion of the members of Revoice ensemble during the first gathering that took place in the little village of Malovice, after several years of the pandemic that prevented the members from reuniting. The musical piece is made of two cliffs and the image of the human jumping between the two, hoping to find a better world on the other side. It tries to depict the two worlds, and the moment of the jump and the landing in each of these worlds. The compositions makes use of the four dimensions in the image, the right cliff, the abyss, the left cliff, and the sky in which the white image of a person is hovering, not exactly knowing whats next. 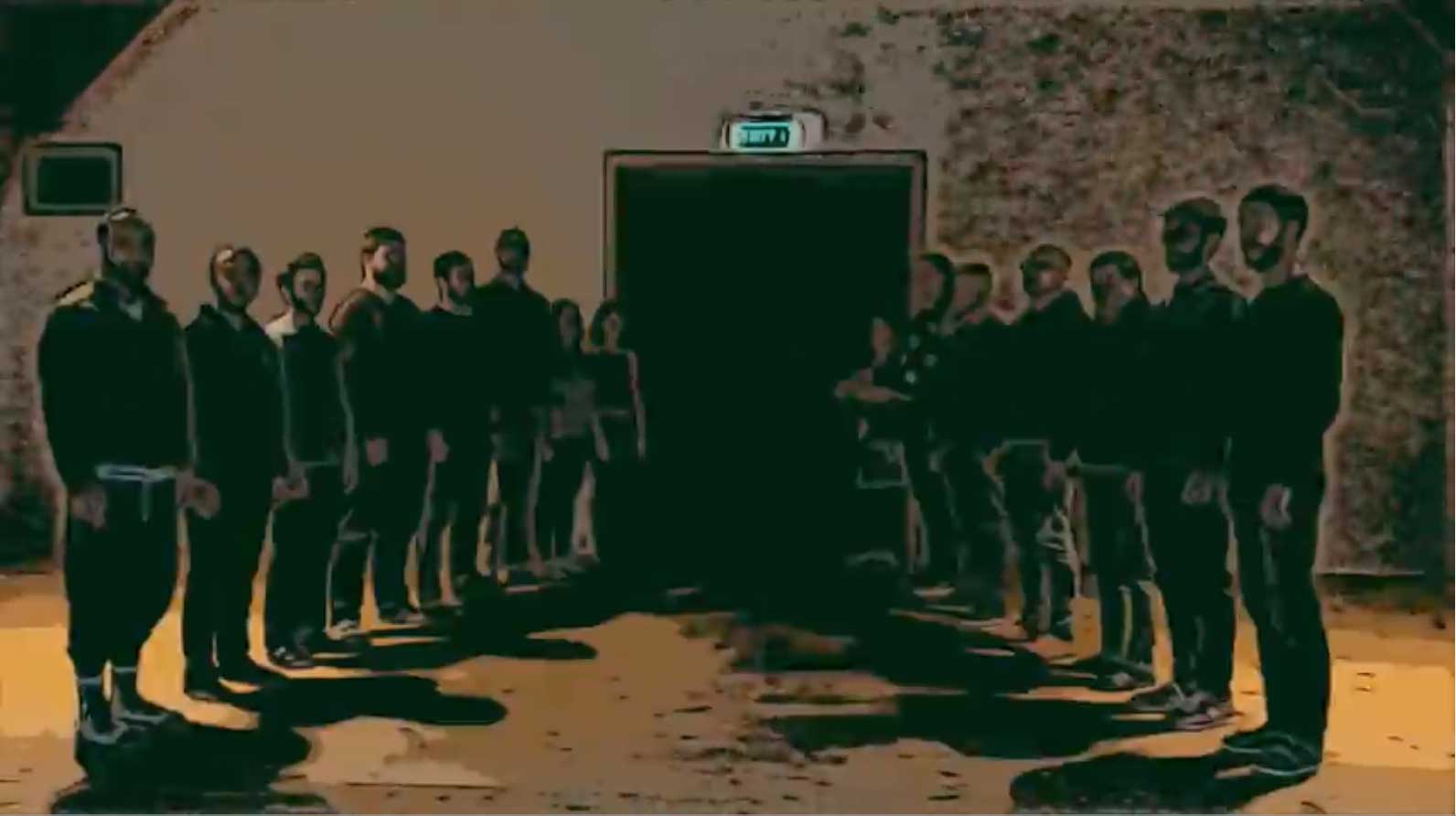